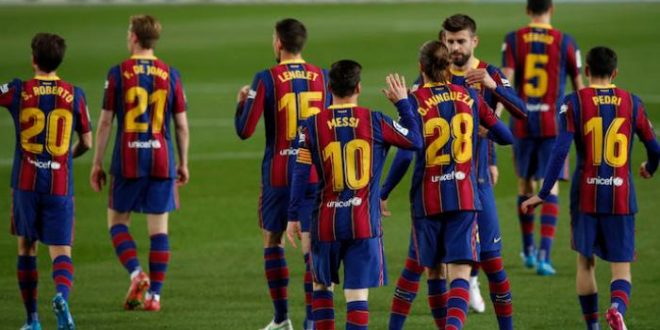 Barcelona wants to complete the double with de Jong, by including a distinguished midfield player

Barcelona seeks to strengthen the team’s midfield, by including distinct elements, to compete for all tournaments in the next season
The Spanish club Barcelona renewed its interest in the young Dutch international midfielder Ryan Grafenberg of the Ajax Amsterdam team.

According to the newspaper (Mundo Deportivo), Ronald Koeman, the coach of Barca, wants to include his countrymen in the ranks of the Catalan club.

But the player’s coming to the ranks of the Blaugrana will not be an easy matter, because the club will compete with Chelsea, Liverpool and Manchester United for his inclusion.

The player who traces his origins to Suriname has represented the Netherlands national team in 3 games so far, although he is only 18 years old.

He participated with Ajax in 58 matches, during which he managed to score 9 goals, and provided 7 assists to his teammates. dg