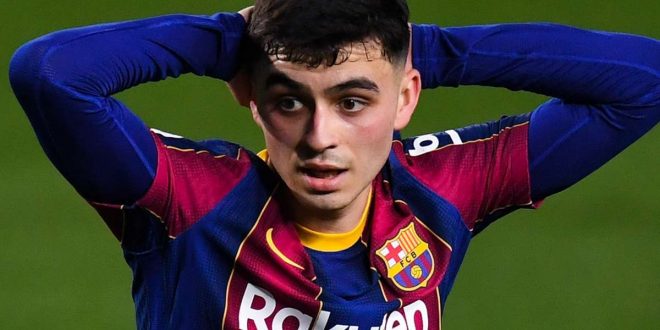 Pedri costs Barcelona 9 million euros due to his brilliance

Pedri succeeded in breaking through the starting line-up for Barca this season and securing a key place for him in Dutch coach Ronald Koeman’s plans, due to his outstanding performance with the team.

Pedri participates in 50 matches with Barcelona and costs the club 9 million euros
Pedri participated in the Barca match against Atletico Madrid, on Saturday evening, at the Camp Nou stadium in the Spanish League competitions, in a meeting with his number 50 with the Catalan team.

Under a clause in Pedri’s contract with Barcelona, ​​the Catalan club will pay nine million euros to the Las Palmas treasury as agreed incentives and belongings, as the two parties agreed to pay Barca 9 million euros if the player participated in this number of matches with the team.

Barcelona paid to sign Pedri from Las Palmas in the summer of 2019 only 5 million euros, but the total value of the deal is now approaching 20 million euros, the newspaper said.