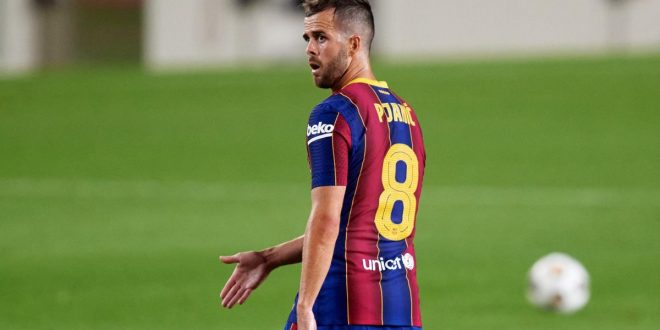 Pjanic may enter into a swap deal

Pjanic has already expressed an interest in returning to Italian football above the Premier League options, and teams are ready to offer him offers. Juventus look very favorable in getting him back, while Inter need to bolster their midfield and believe the Bosnian could be a high-profile signing to continue their winning project.

Talks between Pjanic’s surroundings and Barcelona have already begun. It is clear that both parties are looking for a solution for their future, and what is more, if Koeman finally continues to lead the Blaugrana team. There are no obstacles for Pjanic to leave, but he wants to choose his own destiny because he needs a project that is completely confident in his abilities.
The midfielder has plenty of offers on the market and in England Chelsea want him, but the player’s preferences are clear as they go through a return to Italy for one of the country’s most important clubs.

The most tempting option for Pjanic is a return to Juventus with Allegri returning to the bench. And Juventus is clear that it was a mistake to let him go because he was the brain of the team that didn’t work last season.
Inter are close to closing an important midfield sale and believe the Bosnian could be the perfect complement to make the leap in sporting quality. Pjanic has always won in Italy and knows football well.
The process is futile in the selling mode because Pjanic arrived in Barcelona for 60 million euros. The only options are loan-to-buy or the Bosnian is included in Barcelona’s intriguing swap deal.
The Blaugrana have always loved Rodrigo Bentancur (Juventus), and there is clearly also a dream of De Ligt who could enter into a swap deal with Pjanic, a player who has found it difficult to adapt to Calcio. At Inter there are also good exchange options in a difficult summer that will see many exchanges due to the economic crisis of the clubs.