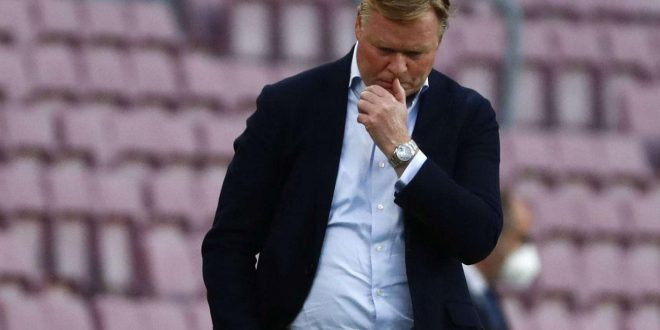 Koeman identifies the list of those departing from Barcelona

The Dutch coach, Ronald Koeman, has identified a list of names he would like to continue with the team for next season
According to the information reported by the newspaper (Mundo Deportivo), the club’s management listened to Koeman after renewing confidence in him, regarding the players he wanted to leave the team.

The report indicated that the Barca coach requested the exit of 7 players from the team, whether through a final sale, or moving to another team on loan.
The seven players are Miralem Pjanic, Samuel Umtiti, Junior Firpo, Matthews Fernandez, Sergi Roberto, Ricky Puig and Francesco Trincao.
But the strange thing is that the report did not talk about names that did not do the big thing with Barca, such as the Danish Martin Braithwaite, and the Brazilian Philippe Coutinho.