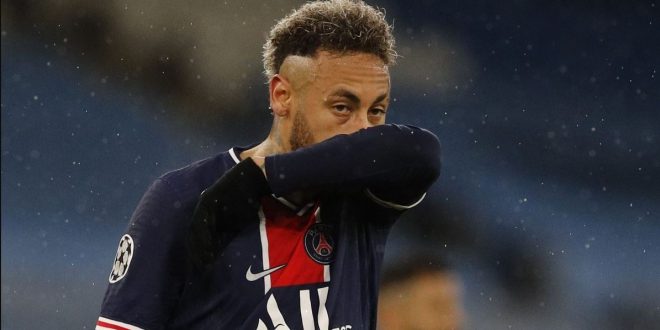 Paris Saint-Germain star Neymar da Silva was seen limping after an unfortunate accident by some fans of the Brazilian national team.
Fans greeted Brazil’s players on Friday when they arrived at the team’s hotel ahead of their World Cup qualifier against Ecuador.

Neymar was greeted with compliments and cheers, but two youngsters slipped through the security barrier before running to Neymar and things got worse.

The pair slid to the ground, one slipped into Neymar’s legs, and the Paris Saint-Germain star almost fell to the ground, with three fans still clinging to his shirt.
Then the security intervened, while Neymar stood apparently limping, and the incident raised fears that the attacker was injured, and a shoe was removed from Neymar’s feet during the accident.
The Brazilian Football Confederation has not yet confirmed whether he will take part in the Ecuador match.