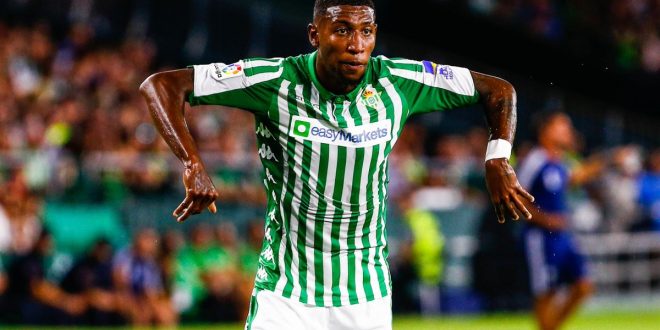 Barcelona may give up its new player

Inter Milan has expressed its interest in acquiring the services of the Brazilian player, Emerson Royal, the Barcelona player, in order to be a new support for the team next season, especially with the possibility of Ashraf Hakimi leaving Paris Saint-Germain or returning to Real Madrid in the summer Mercato 2021.
Emerson Royal joined Barcelona this summer, after spending two seasons with Real Betis, jointly owned by Barca and Betis.

to at least loan him to support his right front, which faces the risk of losing Ashraf Hakimi.
The newspaper “Mundo Deportivo” reported that the Italian league champion last season, “Inter Milan”, would like to sign the Brazilian full-back, to be an alternative to Moroccan Ashraf Hakimi, who is on the cusp of joining Paris Saint-Germain.
It is worth noting that Inter Milan won the Italian league title last season, after an 11-year absence from the last Calcio title, but it is facing a real problem this summer related to the technical management of the team, as the achievement maker “Antonio Conte” decided to leave suddenly due to a change of management. For the project agreed upon in the summer of 2020, Lazio coach Simone Inzaghi will take charge.