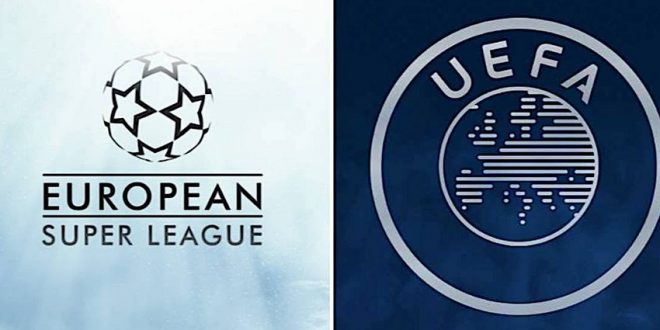 The European Football Association (UEFA) announced, in an official statement, on its website, a “temporary suspension” of disciplinary measures against Juventus, Real Madrid and Barcelona.
Twelve European clubs had announced the establishment of the so-called European Super League, before the project collapsed after the withdrawal of most of the clubs, with the exception of the trio Real Madrid, Barcelona and Juventus.

“Following the initiation of disciplinary proceedings against Barcelona, ​​Juventus and Real Madrid for a possible violation of the UEFA legal framework in relation to the so-called Super League project, the UEFA Appeals Body has decided to suspend the proceedings until further notice,” the statement read.
Although UEFA did not provide further details, everything related to the Madrid court order not to penalize the three clubs, which was submitted to the European Court in Luxembourg, and was recently reported to the body.

If sanctions are imposed on the three clubs, they will contravene the court order, which could mean their members will be persecuted for not cooperating with justice, so UEFA’s plan must now go through an appeal that prevents it from punishing the three clubs.
It is reported that the suspension of sanctions will only apply to Real Madrid, Barcelona and Juventus, as the remaining nine clubs who left the Super League will still have to give up 5% of their European revenue to the European Union as a penalty.