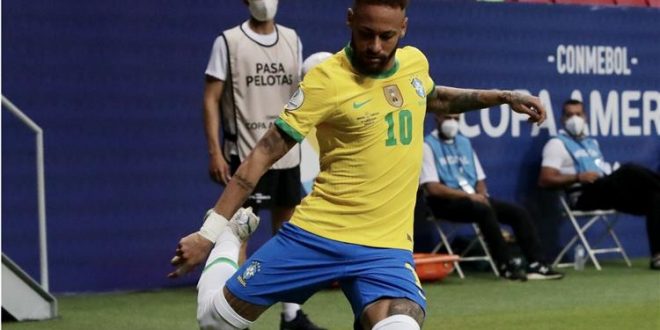 Brazil and Paris Saint-Germain striker Neymar da Silva scored the second goal for his country against Venezuela, during the ongoing match between them in the Copa America 2021.

Brazil faces Venezuela at the Brasilia National Stadium, as part of the first round of matches in Group A of the Copa America 2021.

The referee awarded a penalty kick for the hosts in the 62nd minute, after he interfered with Danilo inside the penalty area.

The Brazilian star Neymar took the penalty kick, and he successfully fired it past goalkeeper Joel Graterol.