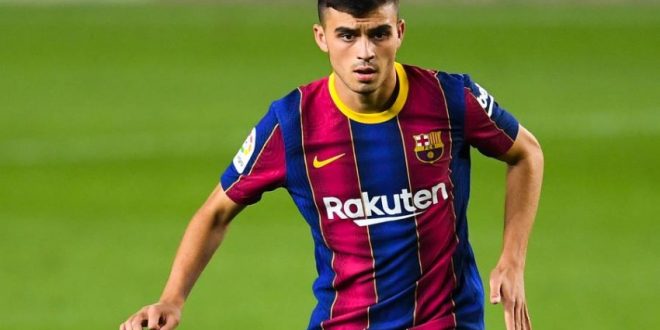 Bayern Munich has offered 18-year-old Barcelona star Pedro Gonzalez 45 million euros to the Canary player after the famous 8-2 loss in the Champions League.

Pedri, just 18 years old, has become one of the most prominent names in the European Championship. At Bayern Munich, they already recognized his potential long ago and asked FC Barcelona about the status of the Canaries.

At the Allianz Arena they saw in Pedri a future world star and were about to make him a player in the German Bundesliga.

This is what the famous expert “Fabrizio Romano” said in Mercato, and according to the transfer market expert, Bayern made a serious attempt to sign Pedri immediately after their 8-2 victory over Barcelona in the semi-finals of the Champions League 2020, and according to Romano, the Germans were ready to pay Up to 45 million euros for the Barcelona player who is now on everyone’s lips.

At the time, Pedri’s market value was barely 15 million euros.

However, despite the difficult economic times the club is going through, Barcelona officials rejected the offer, and at Camp Nou, Pedri is considered Messi’s heir, and given its current market value, which has now risen to 70 million euros, the decision to reject Bayern’s offer was wise.