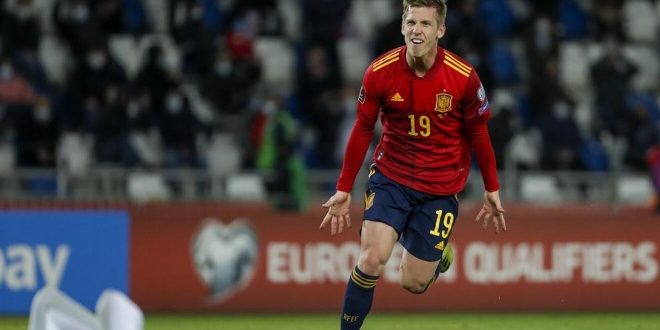 Dani Olmo’s success story has some characteristics that make it special. He arrived at the La Masia academy as a child from Espanyol, was tutored by several coaches such as Fran Sánchez, Ertega and Kinky Alvarez, and when he was preparing for the decisive moment he decided to leave when he was supposed to start with Barcelona B in 2014.

That is, the club believed in him but not enough to put him in an ‘A’ category. Perhaps that is why he immediately accepted the offer from Dinamo Zagreb, who presented him with a comprehensive career plan, and immediately began to appear in the team, becoming the best player in just over two years. The second jump should have come, but he didn’t choose the obvious either: instead of La Liga or the Premier League, he chose RB Leipzig, a mediocre Bundesliga team, because he was tempted by the project, and the facts proved it. . Right again: the team that Nagelsmann coached, reached the semi-finals of the last edition of the Champions League against all odds.

At this European Championship, Dani Olmo, who spurred on with Luis Enrique’s confidence, made a decisive leap into the football elite, with impressive performances such as his semi-final against Italy. The football that Olmo plays faithfully reflects his career: fashion designer and worker at the same time, extraordinary scorer and passer, forward and midfielder.

Against Italy, Luis Enrique returned him to the position of the false forward he had played as a child, and his brilliant plays between the lines left Italy stunned throughout the first half. Not even the penalty that he missed could spoil his great performance in the European Cup. What is undeniable is that Dani Olmo has emerged and the path of success that he has chosen throughout his career is seen from a perspective as unconventional as it is intelligent.

At this point Dani Olmo could make the final leap, and there seems to be no better ecosystem than Barcelona (where he was trained) to be able to express all his talent. Obviously the greats of Europe will be competing for her, but nobody can offer her, like Barcelona, ​​a beautiful homecoming, where he will share a dressing room with his beloved Pedri and with Eric García, another player who has just arrived home.

We all know that there is very little money in Barcelona’s coffers and that the club’s priority now is to alleviate the salary lock, but if they are going to do crazy things, let it be with Dani Olmo. Much better than Haaland and obviously a botched deal with Wijnaldum, the summer signing could certainly be Olmo. It is a difficult process financially, but Olmo has shown throughout his career that his priority is not to enrich himself but to let himself be tempted by a good sporting adventure. At least you have to try.

This article was translated from the Sport newspaper.