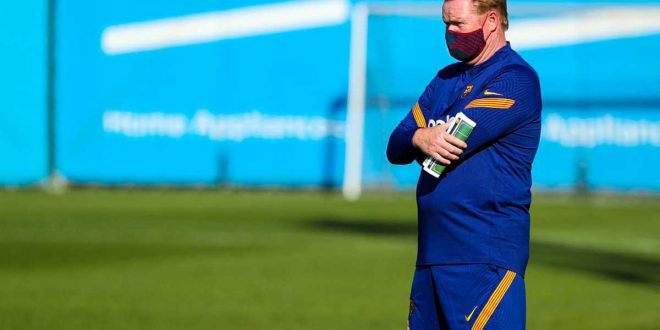 Koeman as.ks the y0ung Moroccan to participate in Barcelona training

Koeman aims to follow young players, including new arrivals, before finalizing the official list of Barcelona’s first team, in preparation for the 2021/2022 football season.

Today, Friday, July 9, Spanish media reports confirmed the return of Qais Ruiz, a talent of Moroccan origin to defend the colors of Barcelona, ​​​​after the end of the contract that linked him for 6 seasons to Paris Saint-Germain.

The same sources indicated that Barcelona coach Ronald Koeman invited Qais Ruiz to join the first team training during the current period of preparations, especially since a number of players are committed to the Copa America competitions and others have benefited from an exceptional holiday, after they attended with their national teams in the European Nations Championship. “Euro 2020”.

It is expected that Barcelona will announce in the coming days that the son of “Lamasia” will be restored to his ranks, after an experience that Qais Ruiz spent with Paris Saint-Germain, and he recorded his presence with the first team during 7 official matches.

Qais Ruiz joined the Barcelona Academy in 2009, when he was seven years old, where he graduated in the age groups of the Catalan club, before causing legal problems in his departure, to return to France, which witnessed his football start.