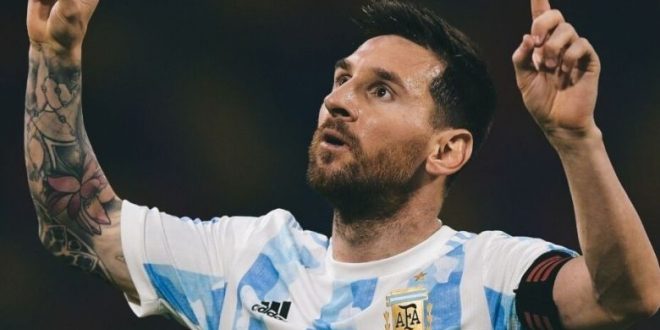 A television station broadcast an audio recording of the newly crowned Copa America champion, Lionel Messi, after his victory over Brazil in the final 1-0.

Half a month has passed and Messi is still a free player, and the controversy is still raging about the Argentine’s future, due to the lack of clarity in his position on whether he will remain in the Catalan team or decide to move to another experience.

What did Messi say in the audio recording?
ESPN released an audio recording of Messi, in which he talks about his future in which he said, “I’m disconnected from everything now, I’m not looking at anything… I’m going to enjoy this moment.”

He concluded: “I am preparing to go on vacation with my family, the truth is that I am very happy, and it is difficult to explain the happiness I feel.”

The Argentine’s words came as an indication that he had delegated everything related to his future to his father and his advisors, and now he just wants to rest, separate and be with his family.

What did Laporta say after Messi crowned Copa America?
“Nothing is impossible, Messi’s renewal is progressing a lot,” Laporta said in statements issued by the same series, “ESBN”.

He added: “All Catalonia, Barcelona and the football world are happy with Messi winning the America’s Cup, and it is exciting to see the best player in football history win his first title with his country, and we all cry with joy.”

He continued, “Messi is happy, and we are happy for him. It was a touching moment to see Messi cry. Winning in the Maracana is good and will go down in history. We are also happy for his compatriot and the new Barcelona player.” Sergio Aguero.