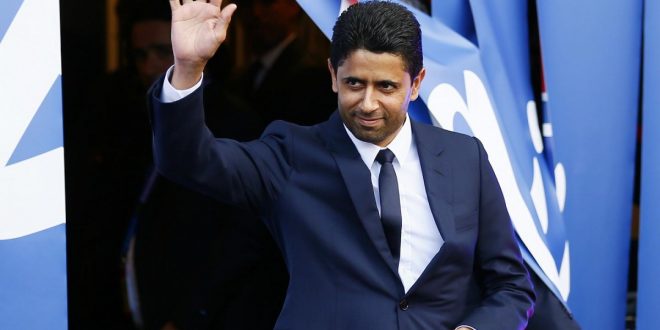 Paris Saint-Germain surre,nders and raises the white fاag for Barcelona

According to what was published by the Parisian newspaper “Le Parisien”, the management of Paris Saint-Germain has realized that Argentine star Lionel Messi wants to stay in Barcelona.

Any details that help cement the notion that Leo Messi will continue at Barcelona is a positive after a few days of uncertainty since the Argentine expired on June 30.

While Joan Laporta, president of Barcelona, ​​shows his optimism every day about the Argentine’s continuity, which also depends on the economic suitability of the accounts being made for La Liga, it is good for Barcelona fans to know that Paris Saint-Germain, one of Messi’s potential destinations, has pulled out of the race.

This was confirmed by “Le Parisien”, a Parisian newspaper that always deals with reliable information from Paris Saint-Germain, and the news was strong: “Paris Saint-Germain is giving up the dream of seeing Neymar and Messi together in the Princes’ Garden.”

According to the newspaper, after evaluating the signing with the Argentine, and checking his surroundings, Paris Saint-Germain realized that Messi wants to stay in Barcelona and believes that this will happen despite the economic crisis that the club is going through.

In addition, the French club has already put significant expenditures not in transfers, despite paying 60 million to Achraf Hakimi (Inter); But in the very high contracts for free access players like Donnarumma (AC Milan), Sergio Ramos (Real Madrid) and Wijnaldum (Liverpool).