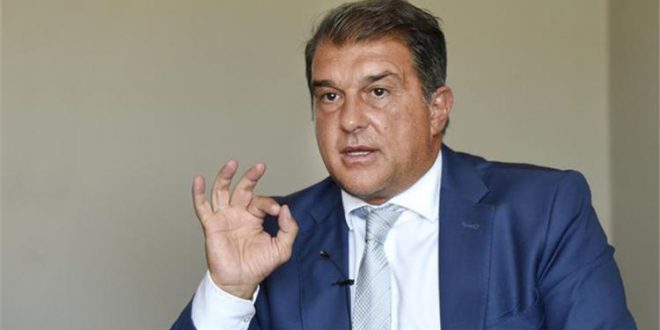 Barcelona has announced the renewal of its contract with young Moroccan player Zakaria Ghilan, until the summer of 2024.

Zakaria Ghaylan is 18 years old, and his main position is the left winger, and he also plays on the right side sometimes.

Ghilan was born in Barcelona to a Moroccan family. He holds Moroccan and Spanish citizenship, but he currently represents the Moroccan youth team.

He started playing in a small club in Barcelona, ​​​​which is CF Dam, and joined Barcelona in 2016, and was included in the teams of different age groups, and he is currently playing for the under-19 team.

Barcelona announced in an official statement on Wednesday, the renewal of the contract of its 19-year-old Moroccan player, Zakaria Ghilan, until June 30, 2024.

A statement from the Catalan club read: “The player Zakaria Gilan has reached an agreement with FC Barcelona to renew his contract with the club for a period of three seasons until June 30, 2024, in addition to the option to renew for two more seasons. After the end of his term with the under-19 team, the striker will play for the Barcelona reserve team. (Barcelona B) starting from the new season.”

Zakaria played for the Moroccan national under-20 team in the African Youth Cup last February, when the Atlas Lions bid farewell to the tournament by losing in the quarter-finals to the Carthage Eagles on penalties.