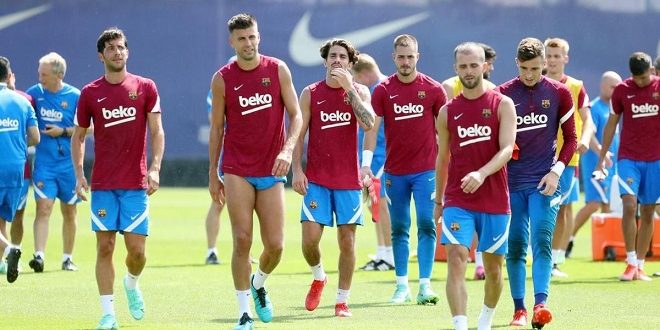 Barcelona is still working around the clock to get rid of players it does not need during the new season. A source in the club explained to Mundo Deportivo newspaper that there are three players who are closest to leaving within days: Umtiti, Pjanic and Braithwaite.

It will be difficult to find a destination for the rest of the players, especially since their salaries are very high in these times when everyone is suffering due to the financial crisis resulting from the Corona epidemic.

The sports department has already spoken to the three players and asked them to look for a new destination. Two of them, Umtiti and Pjanic, were offered the Freedom Card, but they refused. Braithwaite prefers to stay at Barcelona, ​​as he still believes he has a chance to prove himself, but if the club receives a good offer, they will sell him. At the club, they assert that because of his salary and also because of his secondary role in the team, he cannot continue. The next few days may be the key.

On the other hand, there are other players who find it very difficult to find a new destination. This is the case of Neto, who wants to get minutes but with Ter Stegen as a starting point it will be difficult. His high salary compared to other goalkeepers makes getting rid of him difficult.

Also Coutinho, who is also back from an injury and in recovery. The club would be willing to pay a portion of his salary to leave on loan and avoid paying €20m if he plays another ten matches in Barcelona’s uniform according to the variables clause in his contract when he came from Liverpool.