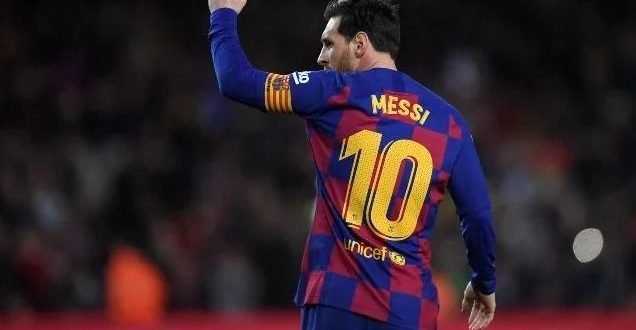 Spanish press reports revealed the fact that Argentine star Lionel Messi accepted the decision to reduce his salary with Barcelona in the new season 2021/2022.

And the famous Spanish “El Chiringuito” program said that Lionel Messi completely refused to reduce his salary with Barcelona, ​​​​and he will receive 150 million euros as an annual salary while accepting to renew his contract for two new seasons.

Lionel Messi’s contract with Barcelona expired at the end of last June and he has the right to sign with any team in the world, but the Argentine player completely rejected all offers from Paris Saint-Germain and Manchester City.

And the Spanish newspaper, Sport, had previously revealed that the Barcelona administration had reached an agreement with Messi to renew his contract for two seasons, with the salary being paid for five consecutive seasons.

The newspaper added that Messi expressed his desire to continue with the Catalan team, once and for all, in order to participate in the club’s project that extends up to three years.

The newspaper stated that financial matters were not an obstacle for the two parties to complete the agreement, but rather taxes were the ones to think about, especially since Messi agreed to renew in light of the crisis that the club is going through, in addition to the Corona pandemic that has eaten green and dry in the recent period.

The newspaper concluded that the penalty clause agreed upon by Messi and the Barcelona administration amounted to 350 million euros.

On the other hand, Javier Tebas, president of the Spanish League, stressed that the League will closely monitor the details of Lionel Messi’s new contract with his Spanish club Barcelona, ​​and will subject them to the financial rules in force in La Liga.

The president of the League of La Liga confirmed that he will not compromise in applying the strict rules of financial fair play, and their approval of the expected renewal agreement between Argentine star Lionel Messi and FC Barcelona.

Javier Tebas said, “It is clear that Barcelona and Lionel Messi have agreed to renew, and the player definitely wants to stay in the ranks of the Blaugrana, because we do not see other offers for a player like Messi who is currently a free player.”