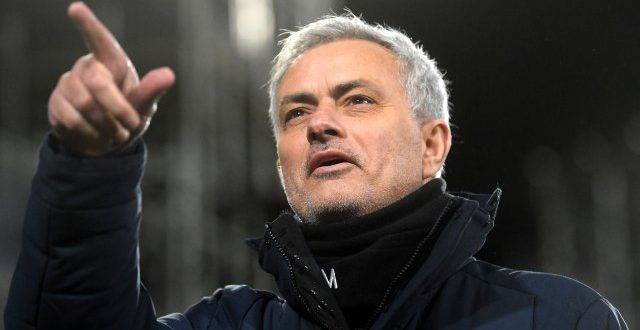 Mourinho pushes Roma to open the swap with Barcelona

Frenchman Clement Lenglet is one of the most demanding players to leave Barcelona, ​​and the Frenchman is enjoying great popularity in the European market, and despite the fact that Koeman wants him, the club does not rule out a move.

Clement Lenglet is not included in the priority list of transferable players in the Barcelona first team, however, this does not mean that the club does not appreciate everything that can alleviate the situation financially , given the current state of the Blaugrana economy

In this sense, the French centre-back, Lenglet, has a great poster at the European level and there are many clubs who have asked him about him

The big interest is coming from the Premier League, where there has been talk of West Ham and Everton, on loan with mandatory buyout clauses at the end, and interest is also coming from Italy.

As Sport newspaper learned, Roma moved to verify Lenglet’s signature, and the capital club began negotiations with Barcelona with the aim of achieving the inclusion of the Frenchman. A few weeks ago, there was talk of the possibility of an exchange between Lenglet and midfielder Lorenzo Pellegrini, which Roma rejects.

But interest continues and the Italians chose to bid for Lenglet’s transfer of up to 15 million euros.

This amount is insufficient from the point of view of Barcelona, ​​who considers Lenglet to be part of the team and that although he does not rule out a sale, this would not happen for a figure of less than 25 million euros.

In addition, the player’s own plans are also taken into account, and as FC Barcelona has made clear, his intention, if the team has to, is to pass through the Premier League. Of course, Lenglet’s primary will is to continue wearing the Barcelona shirt next season.