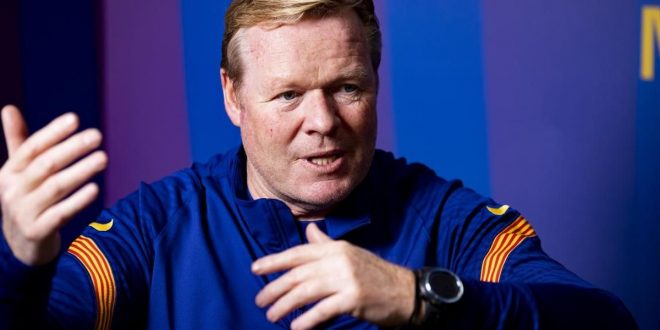 After his brilliance in the friendly matches.. Koman finds ₩hat he wants in the young team pاayer

The newspaper “Mundo Deportivo” confirmed that Barcelona coach Ronald Koeman found what he was looking for in the youth team to strengthen the left wing of the Catalan team’s defense.

According to the Spanish newspaper close to the Blaugrana, Koeman was looking with the club’s management to sign a new left-back to replace the Dominican Junior Firpo, who moved to Leeds United, before admiring Alejandro Baldi and giving him the confidence to be part of the first team next season 2021-22.

The 17-year-old Dominican Spaniard Alejandro Balde has played two games for Barcelona’s first team so far during the pre-season, against Khmnastic (4-0) and Girona (3-1), and made remarkable performances in the absence of veteran left-back Jordi Alba, to contribute to the Barca win both matches.