Divisions among Barcelona’s top players in the dressing room, and some feel the pاot

The Barcelona dressing room is experiencing a period of anxiety, the administration is pressing to reduce the salary bill in order to be able to record new deals, and the major players are different in the value of the reduction and how it is applied.

At the Camp Nou offices, an economic effort – another effort – has been requested from the staff of Barcelona’s first men’s football team.

Therefore, if they do not want to move to another team, all the remaining players will have to tighten their belts before the imminent renewal of Messi.

During the previous negotiations to defer part of the salaries of the first-team players, first with Bartomeu and later with Tusquets, there were already moments of tension inside the dressing room, and this time there are already some important differences between some of the players.

Heavyweights agree to cut their salaries, but only on the condition that it be a uniform cut. Of course, it is understood that each contract is a world and must be analyzed case by case, but always under the same terms for the entire group.

The thing is that last season there were arguments in the dressing room because some players waged their war themselves, and after that, some felt betrayed and that was evident in the dressing room before jumping into the field for training. It happened two days after Lenglet, De Jong and Terre renovated. Stegen and Pique 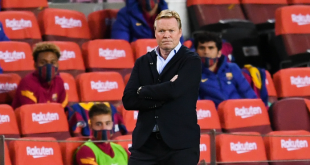