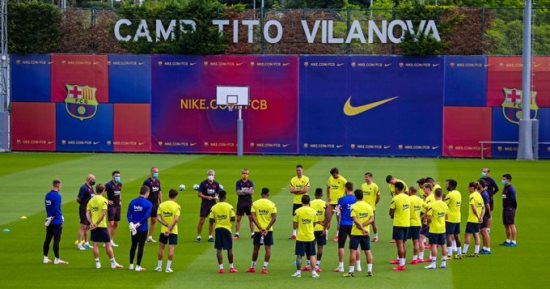 He confirmed that he does not rule out a return to his former team Barcelona, ​​during the current summer transfer market, according to radio “RAC1”.

“I told my agent that I didn’t want to know anything about the performances until after the Olympics,” Cucurella explained.

Regarding the possibility of his return to Barcelona, ​​​​Marc Cucurella replied: “If Barcelona called me, I would say yes.”

He continued, “I left Barcelona because they did not rely on me in the first team, and I thought that my time with the youth team was over, and they told me that I would go to the preparatory round, but they did not call me.”

And he added: “If I had stayed in Barcelona, ​​I would not have played much because of the competition with Alba, but I think it is a role that a player from the youth team could have done well.”

On his advice to the young Blaugrana player Ricky Puig, he explained: “I respect his decision to stay with the team, but if I were in his place, I would leave to play matches, learn and return next year.”

Barcelona loaned Cucurella in recent years to Getafe before selling it permanently in the summer of 2020 for 10 million euros.