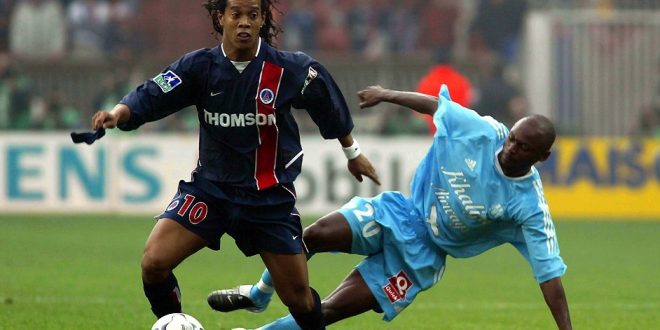 In his message, Ronaldinho highlighted the importance of cooperation between members of the same team and the rejection of intolerance, and Ronaldinho’s message, which he described as influential, topped social networking sites within hours of writing it.

And retired Brazilian star Ronaldinho said in a tweet on his personal account on Twitter that the Paris Saint-Germain team would be lucky to have the Ramos and Messi duo among its players.
Ronaldinho said that Ramos and Messi were able to renounce the confrontation between their former teams, after they became accompanied by one team, Paris Saint-Germain.

The Brazilian expressed his happiness with the presence of both Messi and Ramos in the same team that he played for a long time, indicating that the time has come to win titles with the Parisian club, highlighting the possibility of this in light of the presence of players such as Messi, Ramos and many other Paris Saint-Germain players. In the ranks of the first team.

Ronaldinho said he is very proud that his friend Messi, who shared his many years playing in Europe, wears the shirt of the same club he played for. Ronaldinho also praised Sergio Ramos, saying that he is also proud that Ramos also belongs to the Paris Saint-Germain squad.

Messi had moved to Paris Saint-Germain from Barcelona for free after the expiration of his contract and Barcelona’s inability to pay his financial dues.
Lionel Messi was looking for a salary estimated at 40 million euros, but Barcelona confirmed that economic obstacles would prevent Lionel Messi, who was seeking to reduce his annual salary to 50% of its value, and Paris Saint-Germain took advantage of that opportunity and included the latter for the team.
It was not much different from the Spaniard Sergio Ramos, who also joined the French capital club for free after the expiration of his contract with Real Madrid and the inability of the royal team to renew it.