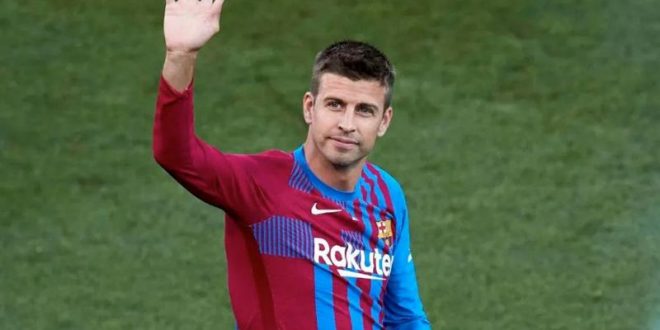 Barcelona club management decided to reward Spaniard Gerard Pique, the current second captain of the team, after he agreed to reduce his salary and made Barca able to register 3 players from the new deals.

Barcelona’s reward came by giving the Spanish player the full term of his contract until its end, even if the required conditions were not met, after he reduced his salary.

This came according to what was reported by the newspaper “Sport”, which confirmed that the last year of the player’s contract would have taken place if some of the conditions for participation had been met the previous year.

That was the situation before the huge reduction that Gerard Pique accepted in his contract with Barcelona during the past hours.

Pique agreed to deduct a large part of his contract with Barcelona in order to register the contracts of new players in the Spanish League.

Pique’s current contract with Barcelona expires at the end of the 2023-2024 season, if he fulfills the conditions for participation required in the 2022-2023 season, but now the contract will continue for that date even if he does not meet those conditions.

Press reports had suggested that Pique would continue in Barcelona for an additional season after agreeing to the new details of his salary, but Mundo Deportivo denied the matter.

It is worth noting that this contract is likely to be the last in the professional career of Gerard Pique, who is 34 years old at the present time.