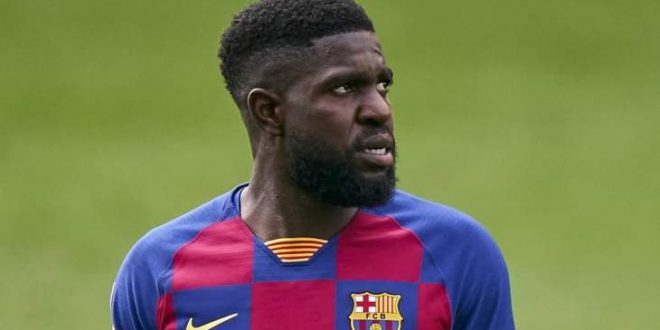 The Catalan newspaper Sport confirmed that Barcelona can find a solution to the situation of French defender Samuel Umtiti, as it does not seem that the player is in the club’s plans and hopes to get rid of him. The problem is that Barcelona has not received any offer to sell the French international defender, but there is a loophole that may Barca was able to terminate his contract without penalties.
The key lies in the years of the player’s contract with FC Barcelona, ​​and this season, Umtiti is going through his sixth season with the Barcelona entity, with whom he signed his first contract in July 2016 and then extended his contract in June 2018.

Barcelona may resort to terminating Umtiti’s contract
According to FIFA regulations, the third season ended after extending the contract, which is the protected period for the player, which includes the first years of the new contract, and according to Article 17 of the player transfer regulations, Barca can terminate the contract. Sports, but it must be taken into account that the Frenchman has a contract until June 2023. But Barcelona will certainly not be subject to a penalty from FIFA in this case, as sports sanctions should be imposed on the club that terminated the player’s contract during the protected period.