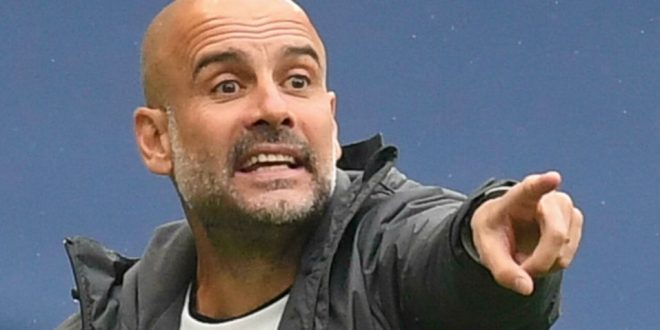 The English club, Manchester City, moved to enter a competition to sign the rebellious Barcelona player, Ilaix Moriba, after the expiration of his contract with the Catalan club.

Moriba sparked a state of controversy within Barcelona, ​​due to his unwillingness to sign a new contract, instead of his current contract, which expires in June 2022.

Coach Pep Guardiola is a huge fan of the young star, so he decided to include him to strengthen the ranks of his team.

Mundo Deportivo newspaper confirmed City’s interest in obtaining the player’s services, but for free, after the end of his contract with Barcelona.

This is the time when the player’s representatives can get the most money, because they will receive a transfer bonus.

The newspaper confirmed that Barcelona had set an amount of 20 million euros to give up the player this summer, with interest from Leipzig as well as Chelsea.

Things are not clear so far, whether the player accepts to leave for any team this summer, or wait for City next summer to get more money.

On the other hand, Barcelona does not prefer this method, as it wants some money in its coffers in order to bridge the deficit in the financial crisis.

Why does Moriba want to leave Barcelona?

Moriba’s life was not easy in the Catalan club’s academy, as he went through many difficult times and his character was undisciplined.

Barcelona thought about giving up the player at the beginning of his career, but his quality imposed itself as reports predicted that he would become one of the most important stars of the future.

After appearing in 18 matches with the first team, the player seeks to improve his financial situation as well as within the team with coach Ronald Koeman, which cannot be provided now.

Koeman came out to publicly criticize the player at the press conference to face Athletic Bilbao, to which the player replied with a message via the “Instagram” website, saying: “A lot of rumors and no one knows the truth.”