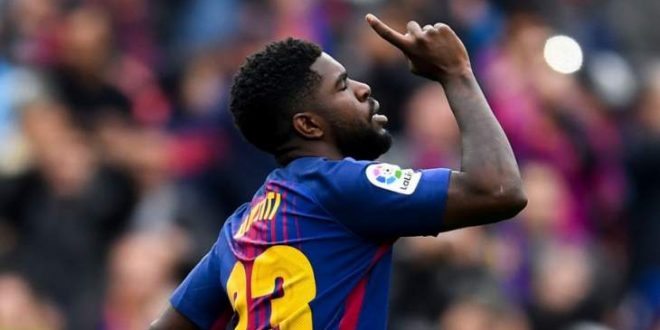 French defender Samuel Umtiti, a Barcelona player, responded to the news of his departure from the team during the current summer transfer period. Some reports indicated that defender Samuel Umtiti is about to leave Barcelona during the current period. For his part, Ronald gave the Dutchman Ronald Koeman, coach, gave the green light to Barcelona officials to dispense with the French defender, because Umtiti is no longer among his plans that he relies on during the coming period.

On the other hand, Catalan club officials are seeking to find a formula to get rid of the player’s services during the current summer transfer period.

Both Alex Collado, Samuel Umtiti and Miralem Pjanic conducted their individual training at the Barcelona training center, due to the presence of Barca players in Bilbao. One fan wrote to Samuel Umtiti: “I don’t know why they treat you like that.”Umtiti replied, “It’s life, my friend, nothing stays the same for a lifetime.”