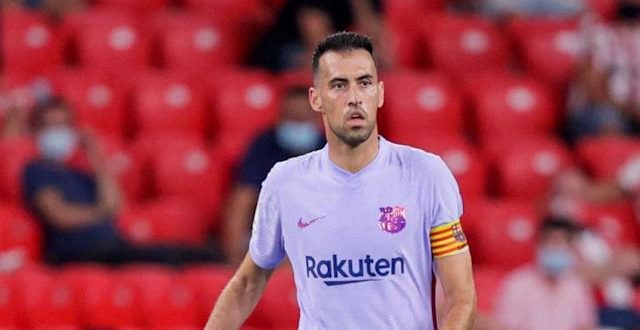 Busquets dîsagrȩes with Koeman after Barcelona draw with Bilbao

Barcelona midfielder Sergio Busquets believes that the team coach, Ronald Koeman, was incorrect in his statements made after Barca’s draw with Athletic Bilbao, with a goal each, at the San Mamés stadium, on Saturday evening, in the second week of the Spanish League.

Koeman said in a press statement after the meeting that the result of the match is fair between the two teams, but Busquets sees otherwise and thinks that Bilbao did not deserve a draw and that the Catalan team deserved to win in the end.

“We fought in the match until the last breath and I think we deserved to win in the end,” Busquets said after the match, according to the Spanish newspaper Marca.

He added, “Sometimes you have to change the playing style and play once on short passes and another on long balls, and in the first half we paid the price for playing short passes.”

“But we knew that if we were able to overcome the pressure of the Bilbao players, we would be able to take advantage of the spaces behind them after that, we must look at the positives in the end and we must develop and improve for what is coming.”

Busquets ended his comments by saying, “We reacted well today, and we will not be satisfied with what we have achieved and will continue to work in training.”