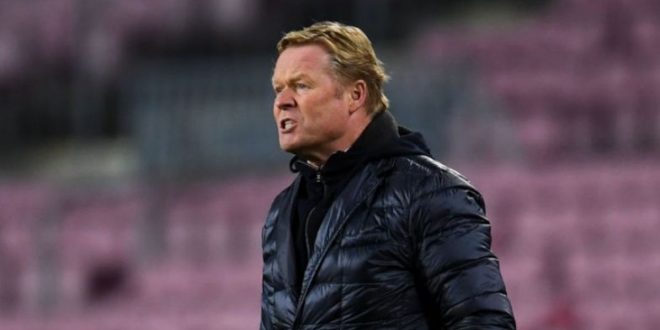 It seems that the transfer market crisis will not end quickly in Barcelona, ​​especially after the departure of the legend Lionel Messi, and the survival of many unwanted players in the team.

The Bosnian midfielder, Miralem Benaic, is experiencing a difficult summer for Barcelona, ​​with the “Bulugrana” wanting to get rid of his services in any way possible.

Barcelona’s desire to get rid of Pjanic comes because the Catalan club is suffering from a stifling economic crisis that forces it to get rid of some of its players to save their salaries.

On the other hand, Dutch coach Ronald Koeman has completely taken the Bosnian international out of his calculations, and he will not rely on him at all during the new season.

The Spanish newspaper “Mundo Deportivo” confirmed that the option of Pjanic’s return to Juventus has become very difficult, after the possibility of him joining Fiorentina has already been ruled out.

The arrival of Uruguayan Lucas Torreira to Florence in preparation for his joining the ranks of Fiorentina made the option for Pjanic to move to the purple club almost non-existent.

The difficulty of Benic’s transfer to Juventus comes after the Welshman Aaron Ramsey injured his thigh muscles and the difficulty of leaving the ranks of the “old lady”, and therefore there will be no place for the Bosnian midfielder.

Pjanic’s only chance to return to Juventus is to get rid of the “Bianconeri” of selling Stone McKennie and to stay away from other options to strengthen the midfield, when there can be a possibility of the deal, although it will be on loan.

In addition, Pjanic will not be able to take advantage of the most comfortable taxes for Serie A players, as Italian media confirm that any player is required to be outside Serie A for two years to benefit from the system, and the Bosnian only spent one year in Barcelona.