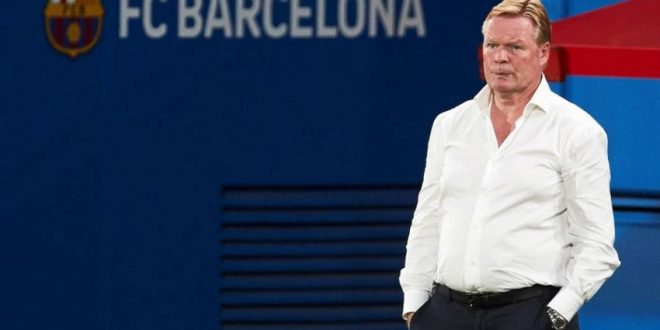 Press reports announced today that the Barcelona club’s board of directors is working during the current period to extend the contract of Dutch coach, Ronald Koeman.

The sources indicated that the Catalan club’s board of directors has already begun to make contacts in order to renew the contract of the coach of the team.

According to Mundo Deportivo, Barcelona wants to renew Ronald Koeman’s contract after the end of the last summer transfer period.

Barcelona is working to extend the contract of the Dutch coach in order to ensure his continuity in the team during the coming period and in order to provide the necessary stability to achieve championships.

To this end, the Barca administration has set several conditions that the coach must abide by, such as winning titles, with a special value for the League and the Champions League, as well as fulfilling the way of playing that matches the standards favored by the team (4-3-3 system).

Completing the conditions is also important for Koeman to continue the strategic points set by the club, such as giving the duo Ricky Puig and Samuel Umtiti the opportunity. , a trusted player to restore the hierarchy he had.

The Blaugrana officials succeeded in signing a number of new deals during the last summer transfer period in order to strengthen and strengthen the team’s ranks during the start of the new football season, in order to win titles and crown championships.