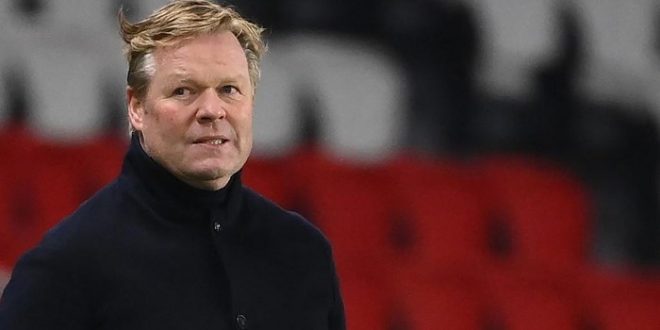 Koeman breaks his silence and confronts the club president: I saved the future of Barcelona and Laporta must stop.

Dutchman Ronald Koeman said that the work he is doing as a coach for Barcelona is of great importance in saving the future of the team, and revealed that he prefers that the club’s president, Joan Laporta, speak with him directly instead of making statements through the newspapers.

Barcelona witnessed a decline during Koeman’s first season in training the team, as Barcelona finished last season in third place in the Spanish League, 7 points behind Atletico Madrid, crowned with the title, and was also eliminated from the Champions League final price at the hands of French Saint-Germain.

Barcelona’s problems worsened further last August, as it suffered financial difficulties and a complicated relationship with the League, and Argentine star Lionel Messi left the team in a free transfer deal and several players were forced to waive part of the salaries to allow new deals to be concluded.

However, despite the fragile relationship between Koeman and Laporta, the Dutchman is enjoying his time leading the team and is even looking forward to a potential new contract.

“Last week, something was reported in the media, I think it is not true. This indicates again that the coach does not have full powers,” Koeman said, referring to reports that confirmed that Laporta asked Koeman to give Koeman a chance. For a number of players, including defender Samuel Umtiti, which the Dutch coach considered an interference in his powers.

“He (Laporta) talked a lot and wasn’t careful on two occasions. It could have been done in private, I like the president’s interest, commitment and questioning, it just shouldn’t happen through the press.”

Despite this, Koeman confirmed that he feels the confidence of the club president, and said, “Starting with the president, I have the feeling that I get the necessary support from everyone. The players, the rest of the staff and members of the management.”

The Dutch coach indicated that he is ready to stay with the team, and to renew his contract, which expires at the end of the current season, and said, “I am open to staying, I am enjoying my time. Thanks to me, this club has a future.” 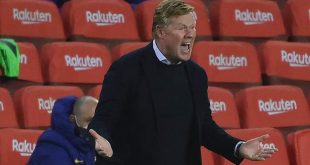 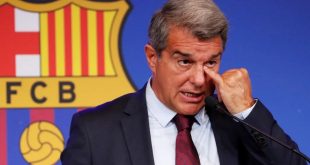