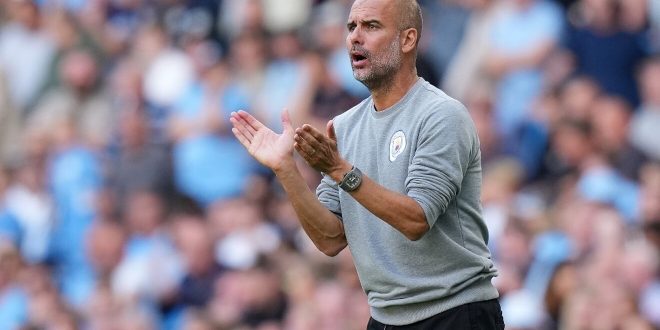 Ronald Koeman is walking an endorsement a tightrope in Barcelona, ​​with Pep Guardiola reportedly giving his own of who should replace the Dutchman.

Koeman has had a win rate of just over 60 per cent since leaving his post as Netherlands coach to take charge of Barcelona. But it hasn’t been an era as impressive as this statistic shows, with Koeman’s playing style of Barca coming under increasing criticism.

It is understood that club president Joan Laporta is considering sacking Koeman, although it would be difficult to provide a list of potential candidates given Barcelona’s financial situation.

There is a feeling that things at the Camp Nou are approaching a peak, with renewed calls for Koeman’s sacking after the defeat to dominant Bayern Munich in the Champions League.

According to the Spanish newspaper El Nacional, the club has a reconstruction plan ready to be implemented next summer, but it can be submitted and started now.

It appears that part of this rebuilding plan will include sacking Koeman and the Spanish giants could turn to former coach Guardiola for advice on who to bring in instead.

The Nacional newspaper reported that the current Manchester City coach will approve the appointment of Eric Ten Hag as Barcelona’s technical director. Ten Hag has earned an endorsement in the Barcelona hierarchy, having enjoyed an impressive stint as Ajax manager.

He led the Dutch club to the league and cup double twice, as well as leading them to the semi-finals of the Champions League in 2019. The Dutchman has also repeatedly made it clear that he belongs in the Johan Cruyff camp when it comes to his football style.

This attacking style of play, relying mainly on young stars, is very attractive to the Barcelona project, which previously enjoyed unparalleled success under Cruyff’s pupil Guardiola.

If Tin Hag were brought in to implement a return to Cruyff’s style, it would be a stark contrast to Koeman, who insisted it was a style he was unable to implement at the moment.

“I am open to staying thanks to me, this club has a future,” Koeman said after the defeat to Bayern. I’m a Cruyff fan but I’m also a realist. I was a defender, and Johan was a striker.”

Current Barcelona star Frenkie de Jong will be able to give a strong endorsement to Tin Hag’s managerial ability, having moved to the Camp Nou thanks to his brilliance under the Dutchman.

But Guardiola is arguably the most listened, with the Spaniard winning 14 trophies during his tenure at the club. According to Nacional, the person who will get Pep’s endorsement is Tin Hag, as the two interrupted during their joint time at Bayern Munich.

Guardiola spent three years coaching at the Allianz Arena, and Tin Hag was leading the club’s second team. And it now appears that Tin Hag may be ready to follow his former Bayern Munich coach to Barcelona, ​​where he will find a club embroiled in a crisis