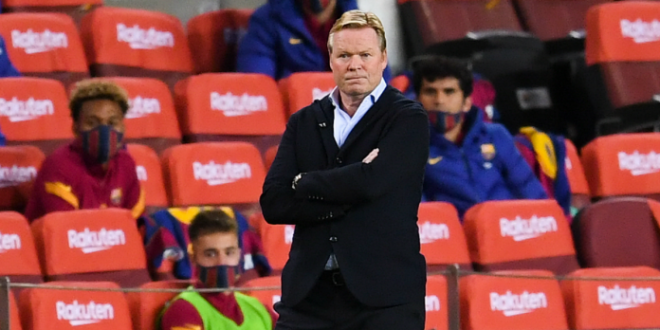 Barcelona continues its quest to find a coach who is able to rescue the team from its current crisis and replace Ronald Koeman, as Oscar Garcia, coach of the French club Reims, unexpectedly entered the nominations to succeed the Dutch coach in Barca.

Doubts surround Koeman’s future with the Catalan team, due to the poor results, the latest of which was falling into the trap of a goalless draw against Cadiz.

Thierry Henry, Roberto Martinez and Xavi Hernandez were the most prominent candidates to succeed the Dutchman, but there was another name that also appeared.

French radio “Monte Carlo” confirmed that Garcia entered the list of candidates to train Barcelona, ​​​​after the Catalan club’s management meeting after the draw against Cadiz last Thursday.

She explained that Garcia is no stranger to Barcelona, ​​as he spent 18 years at the club, and was present for seven years in the La Masia academy, three seasons in the reserve team and five with the first team.

One of the most important factors that made him enter the nominations is his belief in the ideas of the Dutch legend Johan Cruyff, the Barcelona star and former coach of the team.

Garcia worked at the club as a coach for the under-19 team between 2009 and 2012, and has a very good reputation within Barcelona.

The Spaniard worked on several other trials with Brighton, Watford, Salzburg, Saint-Etienne, Olympiacos and Celta Vigo, before ending up in Reims.

Garcia was among the most important candidates to work as a coach for Barcelona under Josep Bartomeu, but the club moved to appoint Ronald Koeman at the time.

It is noteworthy that the 48-year-old has played 7 matches with Reims since his training for the team, winning only once, drawing 4 times and losing twice.