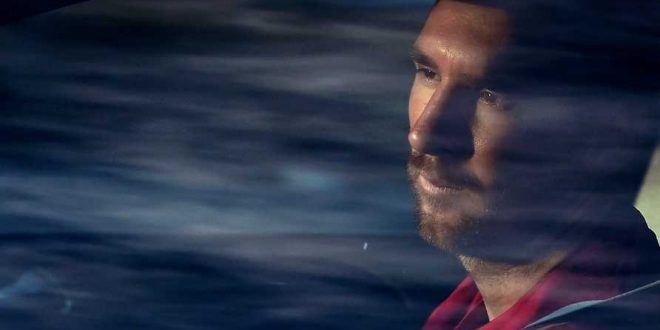 Despite his departure months ago, Messi caųses Barcelona to be m0cked again

The management of Atletico Madrid and its fans breathed a sigh of relief at the departure of the great player Lionel Messi from the ranks of Barcelona.

The Argentine star has always been the first to pounce on the Roji Blancos team, and specializes in resolving Barca’s confrontations with Atleti.

Atlético Madrid is the second club in La Liga that has received the most goals with Messi’s feet.

Contrary to what was expected, during the match between Atletico and Barcelona, ​​which ended with the victory of Roji Blancos (2-0) today, Saturday, at the Wanda Metropolitano stadium, loud chants came from the stands in the name of Messi.

Most likely, these chants came from the Atletico Madrid fans, who wanted to mock Barcelona, ​​referring to the fall of the team after Messi’s departure.

These days, the Catalan club suffers from a clear decline in the level of the team at the local and continental levels, especially after the departure of the Argentine flea Lionel Messi to Paris Saint-Germain this summer, in a free transfer deal, after the expiration of his contract with Barcelona.