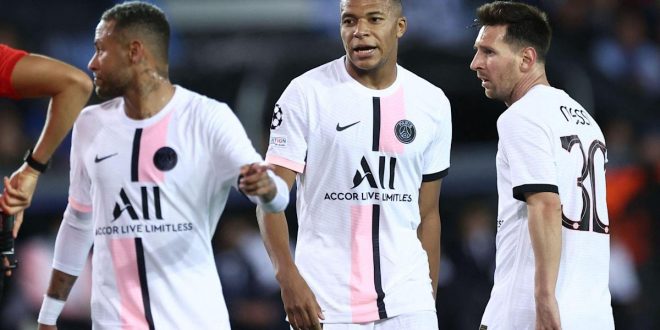 The French network, “RMC”, conducted a lengthy interview with the star of the Parisian team, Kilian Mbappe, in which he referred to several things that happened to him recently.

Mbappe touched on the incident in the Montpellier match: “10 days ago, saying, after Neymar gave the decisive pass to my substitute Julian Draxler and scored the winning goal, I spoke to my colleague Idris Agha, angry and I told him this beggar, he does not give me the pass.”

He continued, “I spoke with him after the match, and there should be no resentment, there is absolutely nothing because I respect the player with him, but I was not happy with the pass, one day it happened to me too, the incident ended and there is no problem.”

He added: “I did not imagine Messi would come, he is one of the few players that I put on a list that wrote: ‘Impossible to play with him’ because I did not imagine his departure from Barcelona, ​​now I enjoy every moment by his side.”

He continued: “Messi? He is someone who loves football, he talks to everyone, he tries to fit in his own way, even if he is a little shy, but on the field he is not shy.”

He continued: “We are excited, we must not be underestimated, I have always said I want to play with great players, now there is more, now it is up to everyone to help this team and for the team to go out to win trophies.”

He concluded: “When you have Messi on your team, you know you have to make a little effort to get more space for him and be more visible to score. No problem! It’s Messi anyway! (smiles)”.