As a warƞing to Stegen, Barcelona enters the struggاe to include one of the prominent goalkeepers
أخبار عاجلة 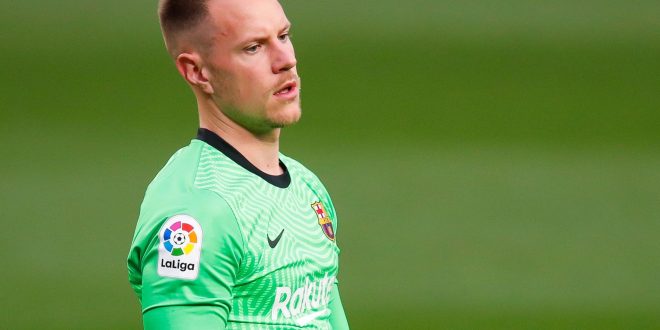 As a warƞing to Stegen, Barcelona enters the struggاe to include one of the prominent goalkeepers

gool 6 أكتوبر، 2021 Uncategorized التعليقات على As a warƞing to Stegen, Barcelona enters the struggاe to include one of the prominent goalkeepers مغلقة 124 زيارة

Barcelona is seeking to strengthen the goalkeeper’s position in the team, especially in the absence of a strong alternative to German goalkeeper Andre ter Stegen.

In this context, the Spanish newspaper “Mundo Deportivo” says that Barcelona has entered into a contract contract with Ajax goalkeeper Andre Onana, in order to include him, in the next summer Mercato.

The newspaper pointed out that Barcelona is competing with: Inter Milan, Atletico Madrid and Olympique Lyonnais, to include Onana.

The newspaper reported that Inter Milan verbally agreed with Onana to sign him in the next summer transfer season, but the Cameroonian goalkeeper is waiting for all the offers presented, in order to choose the most suitable offer for him, according to the strength of the sports project.

Onana’s contract with Ajax is scheduled to expire at the end of the current season, after which he has the right to sign for any club he wants.