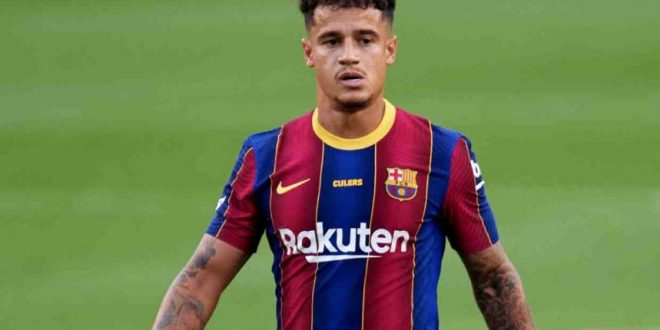 Newcastle, the English club, intends to rid Barcelona of Coutinho, after Saudi money entered the club

Spanish press reports claimed that the new Newcastle management is striving to strengthen the team’s ranks with strong and distinguished deals in order to win titles and crown trophies.

Reports confirmed that the British club, whose treasury has recovered, plans to complete several strong deals during the upcoming winter transfer season

According to information published by the Catalan newspaper “Sport”, Newcastle entered into serious negotiations with Coutinho, in order to include him in the next winter transfer season.

The newspaper pointed out that Barcelona wants to get rid of Coutinho, in order to reduce the salary limit, which prevents Barca from concluding strong deals.

Barcelona is going through its worst season since the start of the football competition due to the economic crisis that hit the Catalan entity and made them neglect the legendary Argentine Blaugrana star Lionel Messi, who moved to Paris Saint-Germain.