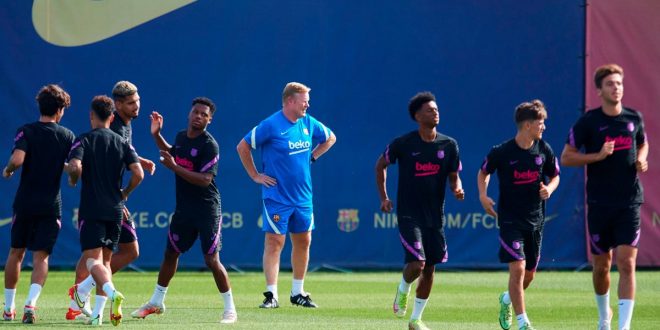 Newcastle is looking to sign a new player in the defense line during the next winter Mercato.

And according to the Spanish newspaper “Sport”, Newcastle is looking for a left-footed defender, and his club agrees to his departure in January.

The English club found its goal in the French Clement Lingley, the Barcelona defender, who recently became outside the accounts of coach Ronald Koeman in favor of Eric Garcia and Ronald Araujo.

She pointed out that Newcastle, which has become one of the most powerful economic clubs in the world, after transferring its ownership to the Saudi Investment Fund, is seeking to make a small investment in the winter.

The main investment for the English club will be next summer, after settling on the coach who will lead the Newcastle project.

She explained that the Barcelona administration would not mind the departure of Lingley at a low cost, after he became the fourth defender in the team, and because of the difficult economic conditions of the Catalan club.

And “Sport” said that the Italian club, Roma, had previously requested a contract with Lingli last summer, but the player chose to stay in Barcelona.