A revolution of change is looming on the horizon.. Xavi gets rid of disabilities and places 3 immediate demands in front of the administration
أخبار عاجلة 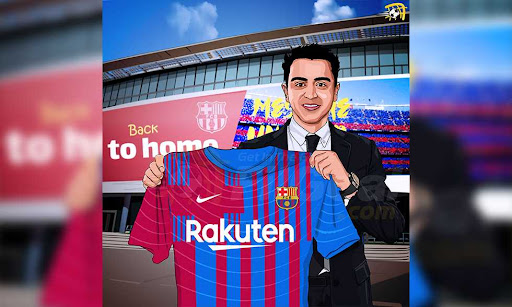 A revolution of change is looming on the horizon.. Xavi gets rid of disabilities and places 3 immediate demands in front of the administration

gool 6 نوفمبر، 2021 barcelona التعليقات على A revolution of change is looming on the horizon.. Xavi gets rid of disabilities and places 3 immediate demands in front of the administration مغلقة 92 زيارة

Former Barcelona star Xavi Hernandez has asked the Catalan club to approve his 3 requests after taking over the technical leadership of the Blaugrana team.

Press sources indicated that Xavi submitted three requests to the Barcelona Board of Directors before arriving at the “Camp Nou” and taking over the task of training the first team.

Xavi’s requests were as follows
1- Agreeing to bring 7 assistants from his current apparatus with Al Sadd.

According to the Spanish newspaper “Sport”, Xavi will come to Barcelona, ​​accompanied by assistant coaches Oscar Hernandez and Sergio Allegri.

And she continued, “Ivan Torres, the physical trainer, and the trio of David Prats, Tony Lobo and Sergio Garcia, performance analysts, and Carlos Tujera, physiotherapist, will also be present.”

2 – Restructuring the medical services of the club due to the large number of injuries suffered by the players in the past period, as Xavi expressed his deep concern to the club’s management regarding this matter, and therefore a decision will be taken regarding this.

3 – Renewing the contract of Ousmane Dembele, as Xavi believes that the French winger is an integrated player and will be useful in forming Barcelona under his leadership. He also requested a contract with a distinguished winger as soon as possible, and it seems that Raheem Sterling, the Manchester City player, is one of the options on the club’s table.