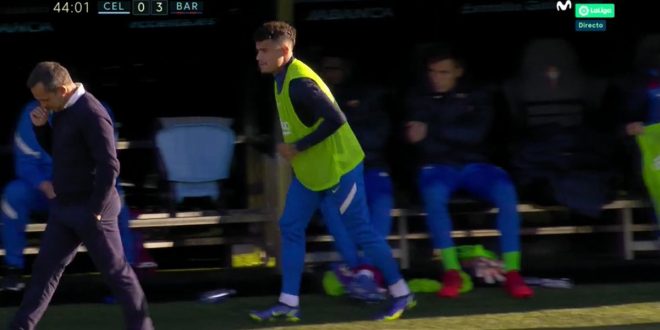 Barcelona interim coach Serge Barjuan expressed his dismay at the collapse of his team and its loss of a 3-0 lead against Celta Vigo, in the match that ended in a 3-3 draw in the thirteenth week of La Liga.

The trio Ansu Fati, Eric Garcia and Nico Gonzalez were injured during the match, as Fati and Garcia were replaced between the two halves of the match, while Nico went out in the 59th minute.

Barjuan said in his last press conference as Barcelona coach: “When you have to make three substitutions because of injuries, this completely disrupts the tactical form. This is not an excuse, but it affects the final picture of the performance.”

“In the second half we couldn’t go forward and the players didn’t know where to position themselves under pressure. It’s a pity that we couldn’t celebrate the first victory (in La Liga), which would have been a very important success for me.”

He explained, “We must look at the first half, where we showed courage and a very advanced defensive line, and despite that the opponent did not find the space, and then we see what happened in the second half and learn, looking for solutions.”

“This will leave a bad mark in the throat, but I’m glad I tried to convey something to the players. We have to look for new resources because the players fall and it is difficult to manage them in every game. If we are positive and we have all the players we become a team that can fight for more things.” .

And about Philippe Coutinho’s refusal to participate in the match as a substitute, he said: “I did not notice anything like that. I was watching the match and not those who warm up. I was trying to convey the good feeling to everyone in my presence, and it is clear that things become more difficult with those who do not play.” .

As for midfielder Frenkie de Jong’s comments about the team’s lack of personality, Barjuan said: “If you look at the list, you will notice that we play with children and there are times when things become more difficult. It is difficult to assess the situation when you have all these injuries.”

He explained, “We have 8 injuries and today 3 fell as well. If we had all the players, we would become better and the team’s level would rise thanks to the increased competition.”

He concluded, “It is very strange and it would be good to know the reason and try not to repeat it. There are a lot of problems in terms of injuries. This is not an excuse, but it is important for the future.”

However, the sources of the Catalan channel “TV3” indicated that the Brazilian refused to enter the match stadium to replace Lanso Fati, who was injured.

According to the channel, Barjuan did not like what Coutinho had done, changed his mind and decided to enter Alejandro Balde instead of Fati, and the interim coach did not use the Brazilian midfielder during the match in which Barcelona abandoned his 3-0 advance to an exciting 3-3 draw. 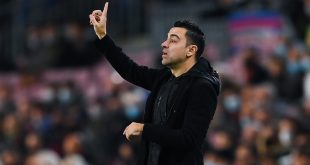 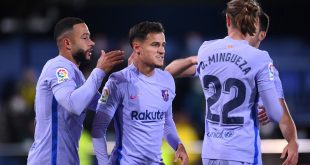