Chernjito and AS: Xavi continues to sacrifice for Barcelona and his first training with the participation of only 6 players from the first team. Video
أخبار عاجلة 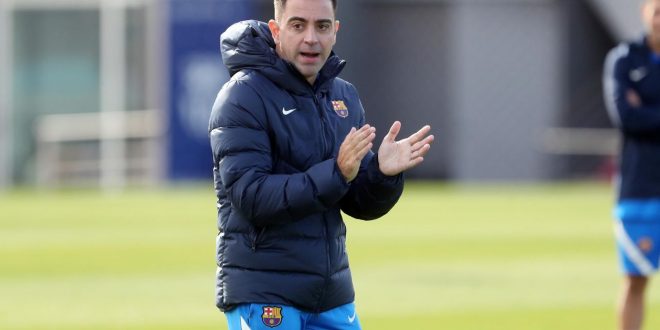 Chernjito and AS: Xavi continues to sacrifice for Barcelona and his first training with the participation of only 6 players from the first team. Video

gool ‏4 أسابيع مضت barcelona التعليقات على Chernjito and AS: Xavi continues to sacrifice for Barcelona and his first training with the participation of only 6 players from the first team. Video مغلقة 109 زيارة

Media reports monitored, on Tuesday, the details of the annual salary that Xavi Hernandez, the new coach of Barcelona, ​​​​will receive, according to “Alchiringuito”.

The program indicated that Xavi Hernandez, with Barcelona, ​​​​will receive an annual salary of only 4 million euros.

And the newspaper “AS” had previously reported that Xavi was getting 10 million euros annually with Al-Sadd, meaning that the young coach sacrificed more than half of his salary to return to the Camp Nou.

Xavi signed his official contracts with Barcelona, ​​yesterday, Monday, at the Camp Nou stadium, for a period of two and a half seasons. According to the Spanish newspaper “Mundo Deportivo”, Xavi arrived at the Barcelona training center “Joan Gamper”, two and a half hours before the training date.

The newspaper added that Xavi was first keen to talk with the players, in order to get to know them, and start conveying his ideas and plans to enter the atmosphere quickly.

Barcelona’s training today is witnessing the presence of only 6 players from the first team, in light of the participation of the rest of the players with the national teams, and Xavi will lead the training of the hexagonal Neto, Inaki Peña, Oscar Mingueza, Samuel Umtiti, Ricky Puig and Luke de Jong.