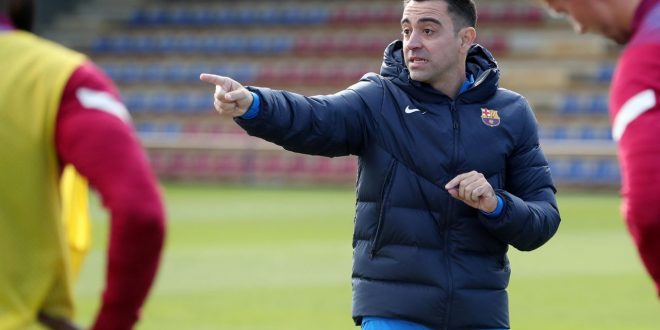 Barcelona’s first football team is preparing to face its counterpart Espanyol, in the match that brings them together in the 14th round of the Spanish League.

The match will be held on Saturday 20 November at the Camp Nou.

Today, Tuesday, the new coach of the team, Xavi Hernandez, summoned a second Moroccan player from the Barcelona B team, Elias Akhmash, to train with the first team after a number of the team’s stars were injured.

Barcelona is ninth in the Spanish League, 11 points behind leaders Real Sociedad and 10 points behind its eternal rivals Real Madrid.