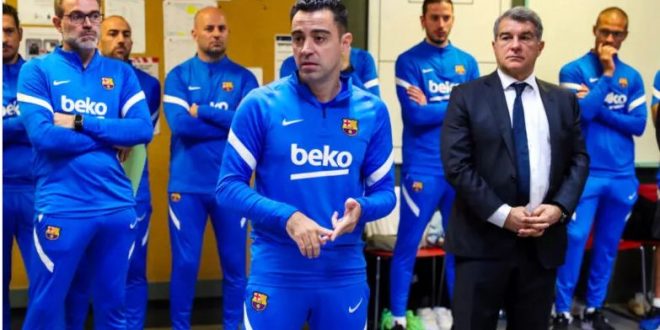 Barcelona’s new coach, Xavi Hernandez, expressed his desire to return his former colleague, Carles Puyol, to the Blaugrana Castle, and Zarqa Al-Yamamah’s decision was echoed by Joan Laporta, who believes that his return is necessary, according to the “Onze” program.

The return of Carles Puyol to Barcelona is the desire of both Xavi Hernandez and Juan Laporta for the next few months, this is indicated by the “Onze” program of the Catalan “Esport 3” TV, which ensures that the three parties are looking for a formula to find a place for the former Barcelona captain in the scheme The new organizational chart.

Puyol aims to return to what has always been his home, but does not see himself in a corporate position, but wants to be close to making decisions.

According to the information, Puyol considers that in the event of his return, he should wear work clothes and be in the technical secretariat, a position that remained an orphan after the departure of Ramon Blanes, and this is where the former captain believed that he could be useful to the club, in fact, Puyol Before Laporta submitted his candidacy, he showed the then-president what his sports project would look like.

Puyol’s position is clear, and then there is the position of the president himself and that of Mathieu Alemani who do not consider it a priority to strengthen the position of technical secretary because the position that Lanes held was already without much power in decision-making with the arrival of Alemani himself and Jordi Cruyff, and so, in the club they prefer to acquire Xavi the force to find an alternative.

We will finally see if FC Barcelona finds a suitable place for Carles Puyol in the new project managed by Xavi Hernandez. .