Salah and Mane cause Alcantara to return to Barcelona
أخبار عاجلة 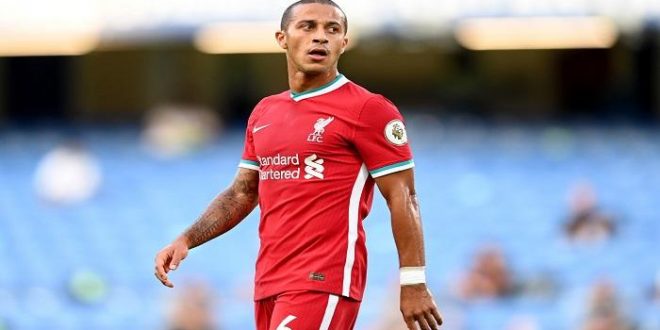 Salah and Mane cause Alcantara to return to Barcelona

English press sources revealed that the German coach Jurgen Klopp, the Liverpool team coach, may neglect the midfielder in order to bring an offensive deal.

And according to what was reported by the British “Team Talk” network, Klopp decided to give up his Spanish player, Thiago Alcantara, in the upcoming winter transfer season.

The network indicated that Klopp is trying to replace the Alcantara midfielder deal with an offensive deal that fills the void that will be left by Mohamed Salah and Sadio Mane due to their participation with their country between January and February.

The network indicated that the German coach demanded the Reds administration to move to contract with Salzburg striker, Karim Adeymi, in order to strengthen the ranks of Liverpool, and the deal could cost 25 million pounds.

Thiago has been linked with leaving Anfield in January for 25 million pounds and returning to his former club Barcelona, ​​in order to be an important player in the project of his former teammate and current coach Xavi Hernandez.

It is worth noting that Liverpool will have to enter into a fierce competition with Real Madrid in order to obtain the services of Salzburg striker Karim Adeymi.