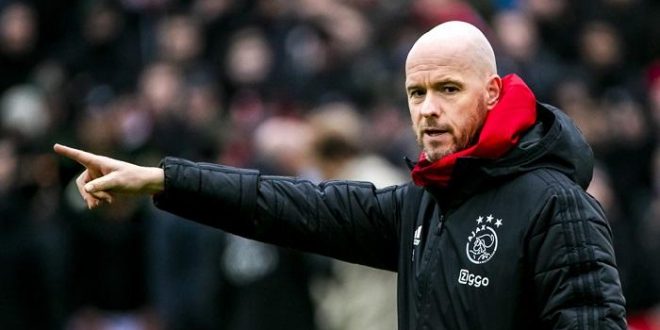 Erik ten Hag, coach of Ajax Amsterdam, opened the door for Barcelona to sign one of the Dutch team’s stars next summer.

Ajax star, Cameroonian Andre Onana, is considered one of the names nominated to strengthen the goalkeeper position in the ranks of Barcelona, ​​​​in light of the desire of the second goalkeeper, Neto Murara, to leave the Camp Nou.

Onana’s contract with the Dutch team is scheduled to expire at the end of the current season, and so far, the two parties have not agreed on the renewal.

Eric Ten Hag told the Dutch newspaper, “The Telegraph”, “Onana has not renewed his contract yet, and his departure in the summer has become almost certain.”

And the French website le10sport revealed that Barcelona will try to sign Onana for free in the summer, to compensate for the possible departure of Neto.

He continued, “Xavi Hernandez, the new coach of Barcelona, ​​​​and Jose de la Fuente, the goalkeeper coach, have already requested the inclusion of Onana.”

It is reported that Onana is a graduate of Barcelona’s “La Masia” academy, and he left for Ajax several years ago, mainly to participate.