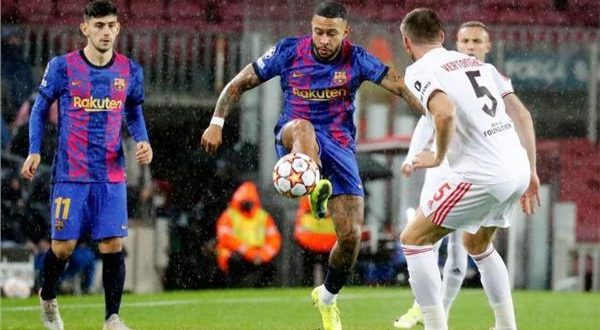 Crisis continues for Bayern Munich before the upcoming match against Barcelona

Barcelona’s position in the European Champions League worsened after a goalless draw with Benfica in the match that took place between them last Tuesday.

Because of the result of this match, the Catalan club became required to win against Bayern Munich in its own home in order to guarantee qualification for the 16th round in the Champions League.

Despite all those clouds that dominate all the atmosphere inside FC Barcelona, ​​which created a state of disappointment among all Blaugrana fans, the club of crises that Bayern Munich is going through in the recent period may affect the outcome of the meeting.

The most recent of these crises concerns the mass attendance at the Allianz Arena, the Bavarian club’s stronghold, which has again been reduced due to the outbreak of the Coruna virus in the province of Bavaria.

Among these crises also is that the Bavarian team suffers from the difficulty of concentrating a number of its stars and their involvement in the various camps due to their lack of obtaining the Corona vaccine, and talking here specifically about Joshua Kimmich, who is leading a campaign for non-vaccination.

The German government had earlier allowed the full public attendance in the stadiums as normal, with local governments the right to reduce or prevent fans in the event of a deterioration in the situation in their regions with regard to Corona.

But in the past few days, Bavaria, like other German provinces, began to suffer from a new outbreak of the Corona virus, as infections increased significantly and became more than 1,000 cases per 100,000 citizens, which necessitated a return to some precautionary measures.

Therefore, the government rushed to take precautionary measures by reducing the number of fans in the stadiums, so attendance was reduced to 25% of the stadiums’ capacity in the coming period.

Moreover, it has closed bars and clubs for the next three weeks, and the county’s famous Christmas markets will not open and impose a curfew after 10 pm.

The two teams are scheduled to meet Barcelona and Bayern Munich at the end of the group stage matches of the Champions League on the eighth of next December, and it is possible that the meeting will take place without a public presence.