L'Equipe: Messi gets the catastrophic figure he hasn't had since he set foot on the football pitch
أخبار عاجلة 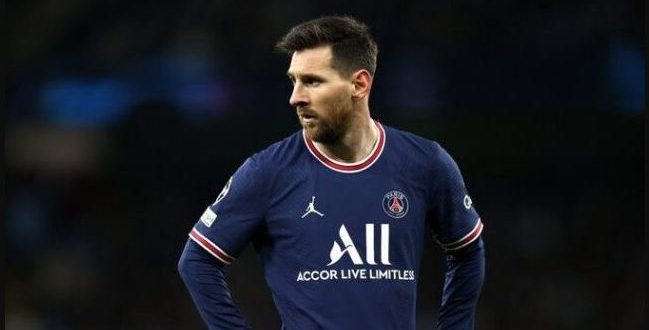 L’Equipe: Messi gets the catastrophic figure he hasn’t had since he set foot on the football pitch

gool ‏أسبوعين مضت barcelona التعليقات على L’Equipe: Messi gets the catastrophic figure he hasn’t had since he set foot on the football pitch مغلقة 107 زيارة

The great Argentine star, Lionel Messi, has sparked a series of widespread controversies due to his performance with his team, Paris Saint-Germain, since he joined him in the Mercato last summer.

The Paris Saint-Germain team suffered a loss from its host Manchester City (1-1) in the confrontation that took place between them yesterday, Wednesday, in the fifth round competitions.

Messi, since his move to the Princes Park team, appears at a very modest level, unlike the usual from him, and moreover, he often missed the representation of BCG, claiming injury.

In light of this, the French newspaper, L’Equipe, announced a catastrophic figure for the Argentine flea in the evaluation it prepared to assess the players’ performance in the Man City match.

According to the French newspaper, L’Equipe, Lionel Messi got a score of 4/10 for his performance against Pep Guardiola’s battalion.

The newspaper said that this assessment is the worst for him in many years.