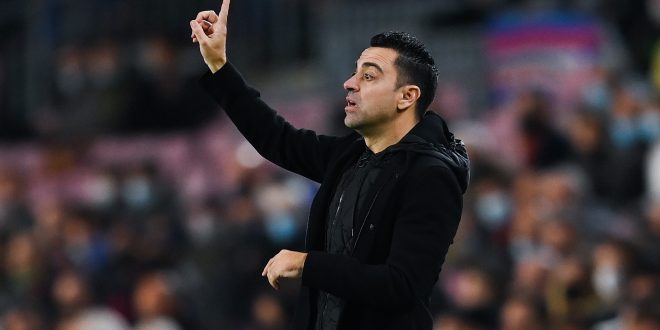 Barcelona club officials decided to move forward with a special offensive deal to support the Catalan team, whether in the winter or summer Mercato.

According to the Catalan newspaper, Mundo Deportivo, there is an important meeting in Barcelona in order to resolve their position on a strong offensive deal from the German League, whether it is in the winter or summer Mercato.

The newspaper pointed out that Barcelona is putting its eyes on the striker and winger of Leipzig and the Spain national team, Dani Olmo, in order to restore him again, as the Catalan administration believes that there is importance in contracting this player.

And the newspaper said, that there is insistence on the part of Barcelona on that deal, and the club does not give up, despite the fact that Leipzig did not agree to sell Olmo in the summer Mercato and asked for 75 million euros.

The newspaper stressed that Leipzig wants to keep Olmo’s services and not give up on him in January, which is almost impossible, especially if they qualified as third place from Group A in the Champions League to the European League.

According to the newspaper, there was supposed to be a meeting last Thursday inside Barcelona, ​​but it was postponed due to the travel of Mathieu Alemani (sporting director) and Ferran Riverter (CEO) to Manchester City to discuss another deal, Ferran Torres.

The newspaper pointed to Barcelona’s continued interest in the inclusion of Olmo, especially after the team coach praised his capabilities during the last summer period, Xavi, who said about the player that he has a great personality and has great technical skills and a bright future awaits him.

She stated that Barcelona was interested in contracting with Olmo at the beginning, but turned its destination to the Ferran Torres deal due to the high price on the part of Leipzig, but they will return again to negotiate the inclusion of Olmo in the coming period.