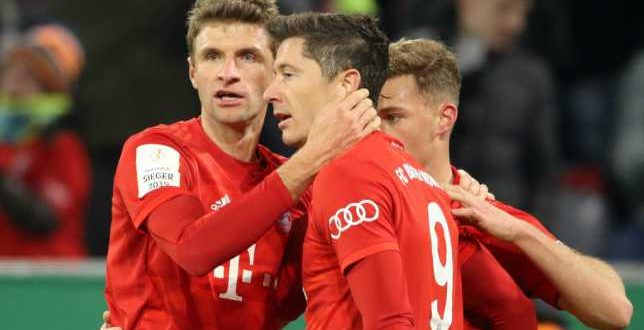 German Thomas Muller, Bayern Munich player, expressed his dissatisfaction with Lionel Messi receiving the Golden Ball during the past days, noting that his colleague Lewandowski deserved the honor this year.

Thomas Muller, the Bayern Munich player, still has Barcelona between his eyebrows, and now he is taking advantage of Messi’s selection for the Ballon d’Or to remind himself of his next challenger in the Champions League.

The German international was surprised by writing on his page on Linkedin referring to Barcelona after choosing the Argentine as the best player ahead of Robert Lewandowski.

“From a Bavarian, Polish and German point of view as well, being awarded the Ballon d’Or last night was definitely a disappointment, for some a little more than that, although I’ve been working in the field for a bit longer and so I wasn’t really surprised by the result (it was similar to Franck Ribery,” he said. In 2013), this whole thing has been an increasingly strong reflection for me: we have great players in the Bundesliga and we don’t have to hide, more international successes are needed.”

After that, he continued: “For me too, this is a great motivation to put everything in the balance with the aim of bringing the Champions League back to Munich and showing what is happening to the world of football, and above all, showing what German football can offer. We have the next opportunity to do So, next Wednesday, in the Champions League match against Barcelona.”

He finally added that he congratulated Messi and that he is “the best individual player”, but criticized the selection: “I think Robert Lewandowski would have deserved more this time. What do you want me to tell you?”