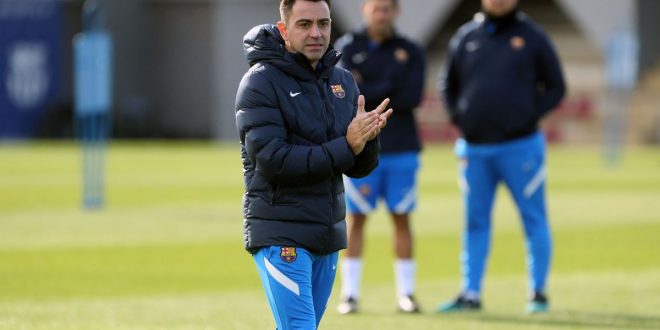 It seems that the Barcelona administration has already decided the huge winter deal planned with Manchester City, with Ferran Torres arriving at Camp Nou, after approaching an agreement with the English club’s management on all the details.

Barcelona seeks to support the center of the winger as well as the outright striker, and Ferran Torres can perform in the two positions in a very distinctive way, as he was with Valencia or at the beginning of his participation with Manchester City.

According to Mundo Deportivo, the differences between Barcelona and Manchester City over the Torres deal are not very important, and the ideas between the two clubs are currently very close.

Manchester City and after receiving coach Pep Guardiola’s approval to sell Ferran Torres, he is only interested in getting more money than he bought the player from Valencia, which amounted to 23 million euros at the time.

Barcelona’s offer in this regard is perfectly suited to what Manchester City is asking, and therefore, things are about to end on a very positive note between the two parties.

What made things easier is the special relationship between Pep Guardiola and Barcelona president Joan Laporta, as well as the great understanding that exists between Matteo Alemani and Ferran Soriano, City CEO, as well as Ferran Torres’ agent himself.

Now what remains is to agree on the formula of the deal. Barcelona is trying to persuade City to accept the loan with an obligatory clause to buy next summer, and negotiations between the two parties are ongoing and almost certainly will end with the young player at Camp Nou starting next January.