With a five-year contract .. “Mundo Deportivo” publishes the details of the first winter deal for Barcelona
أخبار عاجلة 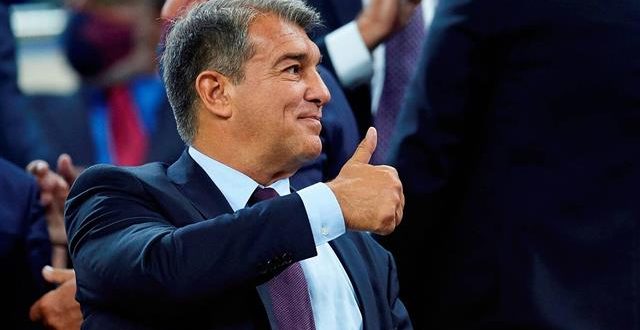 With a five-year contract .. “Mundo Deportivo” publishes the details of the first winter deal for Barcelona

The Spanish newspaper, “Mundo Deportivo”, revealed the details of the first Barcelona deals contract under Spanish coach Xavi Hernandez, as the Ferran Torres deal with his new team, the Blaugrana, is scheduled to be officially settled during the winter transfer market.

The name Ferran Torres, the English star of Manchester City, was associated with playing in the ranks of Barcelona, ​​​​where the player wants to be with Barca in order to participate continuously, unlike the case in City.

Barcelona is trying to reach an agreement with Manchester City to sign Ferran Torres during the upcoming winter transfers, after Barcelona put Ferran Torres, the 21-year-old City player, among the contracting priorities to strengthen the team’s ranks at the request of coach Xavi Hernandez.

And the Spanish newspapers confirmed about two days ago that the Barcelona administration had reached an agreement with Ferran Torres regarding his joining Barca early next year, and only Manchester City’s approval remains.

Details of Torres’ contract with Barcelona

And the newspaper pointed out that Barcelona reached an agreement with Ferran Torres to contract him for the next five years.

The newspaper added that the Barcelona administration is confident of its financial position, as it places an amount ranging from 50 to 55 million euros to contract with Torres.

And the newspaper pointed out that the Manchester City administration does not want to stand in front of the player’s desire to leave, and it is scheduled to agree to this amount.

It is worth noting that Ferran Torres’ contract with Manchester City will expire in the summer of 2025.