The dream deal is moving away from Real Madrid and Barcelona and approaching Old Trafford Castle, and the reason is Rangnick's strong relationship
أخبار عاجلة 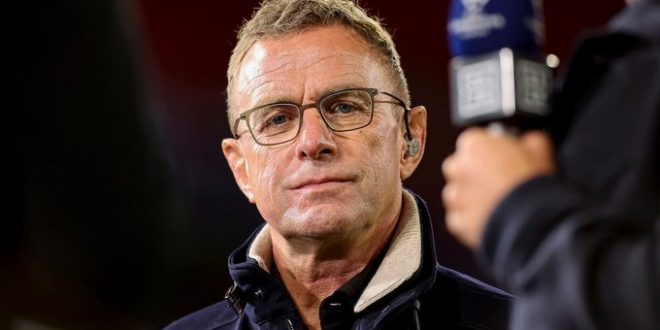 The dream deal is moving away from Real Madrid and Barcelona and approaching Old Trafford Castle, and the reason is Rangnick’s strong relationship

gool 2 ديسمبر، 2021 barcelona التعليقات على The dream deal is moving away from Real Madrid and Barcelona and approaching Old Trafford Castle, and the reason is Rangnick’s strong relationship مغلقة 145 زيارة

And according to the German newspaper “Bild”, Manchester United began its attack to include the Norwegian player Erling Haaland, the striker of the Borussia Dortmund team, in Mercato next summer.

The newspaper pointed out that Manchester United allocated 118 million euros to Haaland and wanted to take advantage of Rangnick’s presence in the club because he had a strong friendship with the father of the Norwegian and former Manchester City player Alf Inge Haaland.

The newspaper stated that the German coach Rangnick hired Halland when he was with the Austrian champion Salzburg, and therefore the presence of the German coach in Manchester United could be a great advantage for the latter to beat Real Madrid in the race to include Halland. .

The newspaper pointed out that the German coach asked the Red Devils to appoint Halland to strengthen the offensive line at Old Trafford Castle.

It is worth noting that the clubs of Manchester City, Paris Saint-Germain and Real Madrid wanted to include Haaland, so there will be strong and fierce competition between them in the summer market.